New York is one of the most culturally rich cities in the whole of the United States. Moreover, it acts as a meeting point for endless cultures as well as nationalities from around the world. Every street in New York has a different story to tell to its visitors. Additionally, it is also considered to be one of the most walkable cities in the whole world. Therefore, what else could be a better way of exploring the hidden gems of “The Big Apple” than getting onto your feet with a local tour guide and your fellow travelers!

There are numerous wonderful paid as well as free Walking Tours organized in the city on a regular basis that cover almost all the places to visit in New York. You can also check out the list of top 10 things to do in New York to plan out your tours. However, we have shortlisted the best ones for you right here which will help you to explore the city and all its nooks-crooks in the best way possible.

1) The Big Apple Greeter: Initiated in 1992, Big Apple Greeter remains one of the best New York City tours to explore New York City. Under this initiative, the visitors can request to connect with a local New Yorker who shall take them on a ride to experience the city as they do themselves! Moreover, all they provide are free tours which also excludes any kind of tipping as well. However, you can make a donation as per your wish through “Big Apple Greeter” official website itself to help the initiative going. Due to an abundance of requests, it is advisable to initiate your greeter request at least 4 weeks prior to your New York City Trip.

2) Downtown Manhattan Tour: This exclusive Downtown Manhattan tour starts off from the financial capital of New York, covering the Wall Street and the World Trade Centre. It is the best sightseeing tour for visitors coming to the city for the first time. This very tour will allow you to explore some of the oldest as well culturally rich areas of New York City including the Historic Cast Iron District in SoHo, Chinatown as well as Little Italy.

3) World Trade Center 9/11 & Ground Zero Walking Tour: This tour allows you to know about the heart wrenching stories of the 9/11 attacks. You will also get to learn about the experiences of the fire fighter and the people who survived through the attacks. You will also get a chance to visit the Fire Department of New York Foundation after the tour. The tour prices are inclusive of 9/11 Memorial Museum Skip the Ticket Line Access as well as One World Observatory Skip the Ticket Line Access.

4) Grand Central Neighbourhood Tour: The Grand Central Partnership conducts a weekly walking tour of the Grand Central Neighbourhood, free of cost. The neighbourhood has some of the most important historically as well as architecturally important sights, which are all covered under this free walking tour. The major attractions of this tour include the Grand Central Terminal, Chrysler Building, Lincoln Memorial and Parshing Square. 2 of the most prominent urban historians shall also accompany you with this tour to provide you will all the hidden secrets of these famous attractions. All you need to do is reach the meeting point of the tour, Atrium, 120 Park Avenue, East 42nd Street (south-west corner) on any Friday at 12:30 in the afternoon.

5) Brooklyn Bridge, Brooklyn Heights and DUMBO Walking Tour: This 3 hour long tour begins with a morning walk over the Wooden Decked Brooklyn Bridge. There would be several stops across the bridge to discuss its history as well as the design, with an opportunity to click photographs of the overlooking city on either side. The walk on the bridge ends by entering into one of the oldest suburbs of America, the Brooklyn Heights. You will get to encounter various other historically important structures in the neighbourhood. Thereafter, the tour will move towards the Promenade to enjoy an awesome view of the Manhattan city across the river along with the Ney York Harbour. The tour finally ends at DUMBO (Down Under the Manhattan Bridge Overpass), one an industrial hub, which has now turned into a destination for struggling artists searching for affordable housing.

6) Greenwich Village, High Line and Chelsea Walking Tour: Beginning in the Greenwich Village, the cultural hub of America, this is one of the best cultural New York City tours that you can take in the city. The Greenwich Village has been one of the most prominent places of America in the 20th century for Political, social, as well as an artistic movement. Once home to Italian and Irish Immigrants, the village is now one of the costliest areas of New York City. From Greenwich, the tour continues to Meatpacking District, and then to High Line, one of the most elegant public parks of New York. Thereafter the tour will finally end at the Industrial waterfront, once the most iconic waterfronts in the world. This whole tour will take you back in time and allow you to understand the development of the whole city over time.

7) Harlem Sunday Morning Gospel Tour: One of the best New York City Tours, Harlem Sunday Morning Gospel Tour takes you to the Harlem neighbourhood of New York. Harlem is famous for its rich culture as well as its musical history. It houses some of the best music venues of New York City. The walking tour kick starts your day with a morning service with a choir. You also get a chance to visit the Apollo Theatre, a symbol of Harlem Renaissance. Some of the other major destinations that you walk by during this musical tour include Morris-Jumel Mansion (Manhattan’s oldest house), Sylvan Terrace (a cobbled street with 19th Century Wooden Houses), and the Cotton Club (a legendary nightclub).

New York is considered to be quite convenient as well as safe to walk, even by tourists from around the world. Moreover, you will always find something interesting to know about in every street of New York. Therefore, if you wish to explore the New York City in the best way possible, avoid buses and public transport. Try to walk all the way to your destinations, as much as possible, while hearing stories from the locals.

Apart from saving out your money on free tours, you can also follow these 10 tips to save money and travel cheap in New York to save on your tour budget. Also, if you love traveling, go through these 10 health benefits of traveling to give your wander cravings a further boost to motivate you to travel more often! 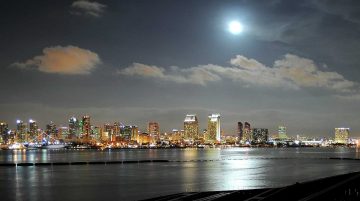 10 tips to save money and travel cheap in San Diego

Top 10 things to do in San Diego 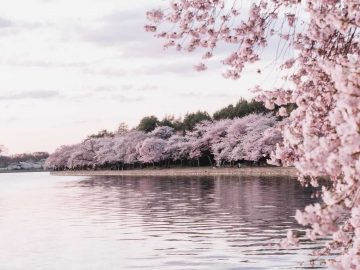 Top 10 places to enjoy cherry blossoms in the US