The region of the mid-Atlantic that includes New Jersey has been called by many names over the years. From being called “Lenapehoking” by the Native Americans, to “Lorraine” by the Italian explorer Giovanni Da Verrazano, being called “New Sweden” by the Swedes a century later and “New Netherland” by the Dutch.  The name “New Jersey” appeared for the first time in a royal grant issued by James, Duke of York in 1664.

New Jersey, also called The Garden State, has a plethora of attractions for visitors, and deserves more than a single day to relish them all. From the Six Flags Great Adventure theme park, one of the best amusement parks in the whole of the United States, to the multitude of beaches and lighthouses, gardens, and historical sites – there is a ton for everybody. 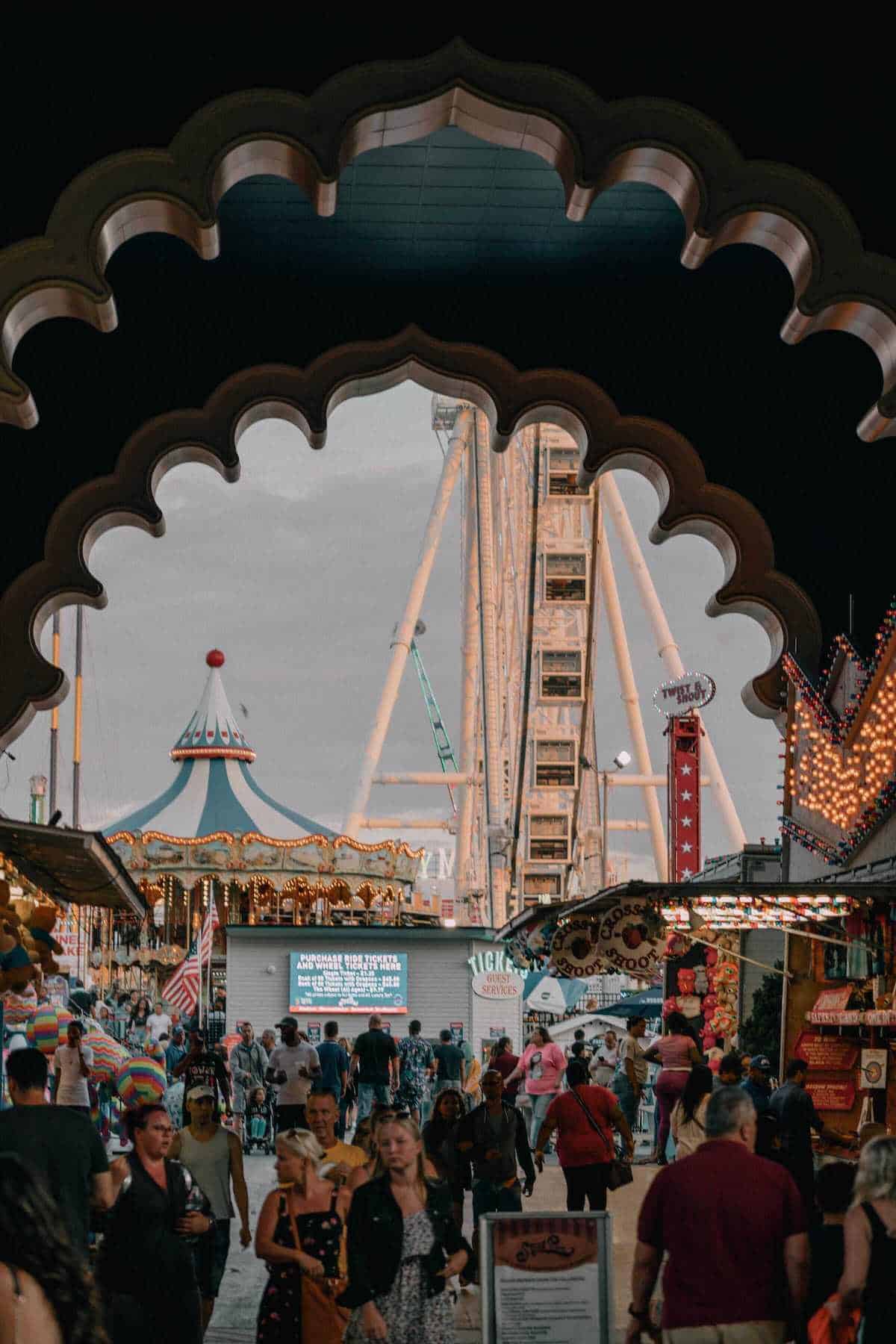 Covering everything in New Jersey is not doing justice, and hence we will focus on a more family orientated day out at seaside in Atlantic City here. Atlantic City is a brilliant place for a vacation of any kind – you have got beautiful beaches on which to relax whilst the kids build sandcastles, avenues to dine, shop and gamble, as well as brilliant museums and historical sites for all ages.

A day or two at Atlantic city can be a beautiful outing, and we give an idea of what to expect to have a very fulfilling travel experience. 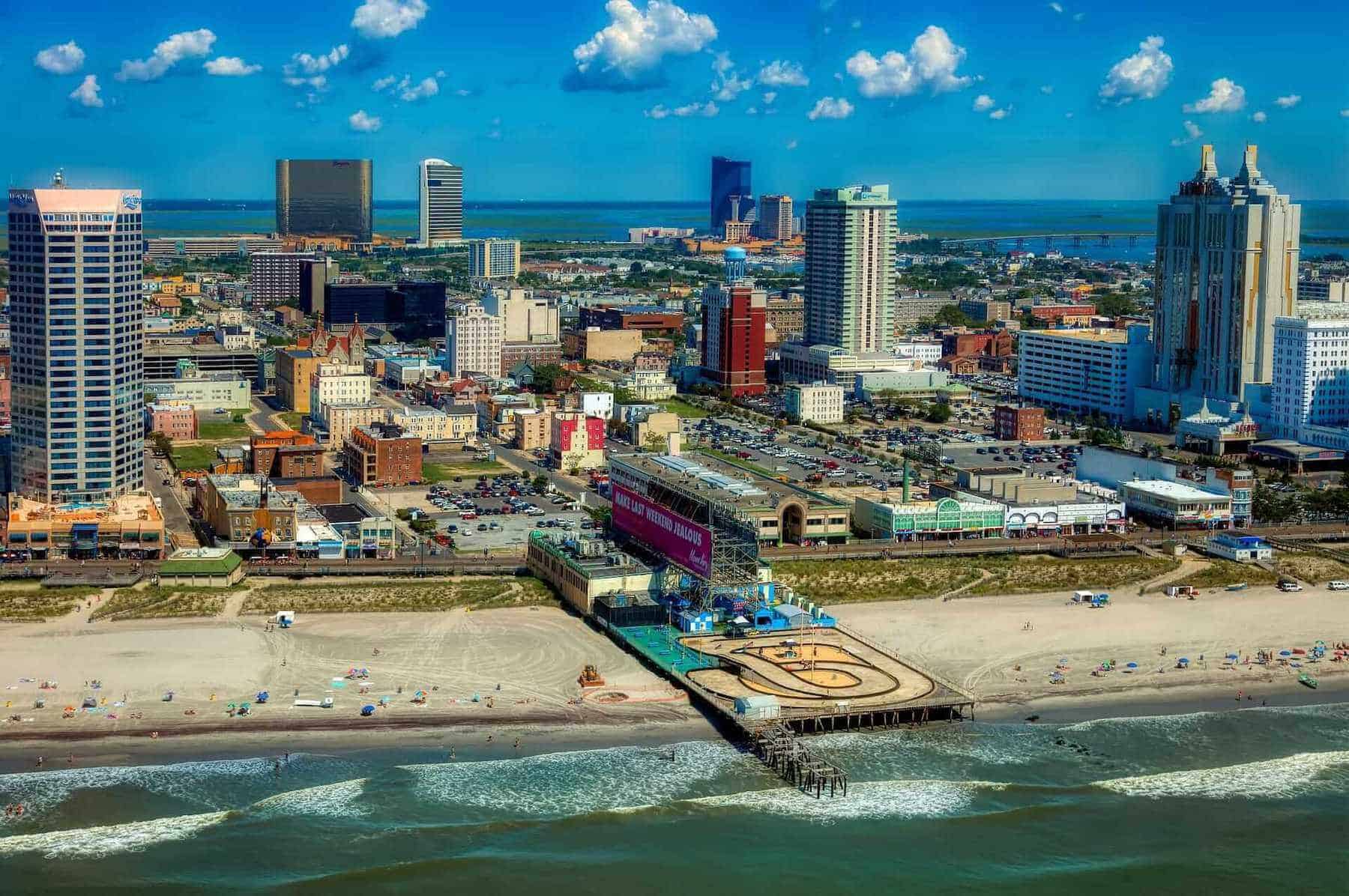 A Walk Along the Boardwalk

It just must be the first item on the list – the boardwalk is famous not least because it is the most expensive property on a standard Monopoly Board, and the highest in rent revenue. The name “Boardwalk” was inspired by the Atlantic City Boardwalk in New Jersey.

The world-famous Boardwalk runs across the Atlantic City beachfront for almost 4 beautiful miles (originally spanned seven miles). The wooden path is ideal and used for early morning walks, biking, window shopping, aimless wandering, or whatever strokes your whim. The spread of shops, restaurants, casinos, and amusement centers provide various options to keep yourself entertained. In case the legs give away, you can hop on to the tram car for a ride. And if you feel like resting, the beach especially in summers provides a perfect setting to relax amidst the sandy shores and beautiful sea breeze. And not to forget fishing and wind surfing, which make it one of the best places to spend a hot summer day.

Places to Stop on the Boardwalk

New Jersey decided decades ago that they wanted to challenge Las Vegas and become the gambling capital of the East Coast. This went incredibly well for decades, with the casinos of Atlantic city littered along the boardwalk becoming just as famous as their Nevada based counterparts.

The area began to lose visitors around the turn of the millennium, but the New Jersey state government begun a period of intense regeneration which quickly brought visitors back to the boardwalk, and back to the casinos of Atlantic City. Whilst some of the proposed mega projects never got built or finished, many visitors and residents of Atlantic City feel that what they have ended up with is arguably better than what had been proposed.

b) Amusement Parks and Lighthouse

If you’ve got the kids tagging along, you might prefer to keep on walking until you reach the amusement parks, such as the Steel Pier, which features kiddie rides, a family-restaurant, a separate bar and hosts an enormous observation wheel offering fantastic views of the city, the statue of liberty, and the ocean. 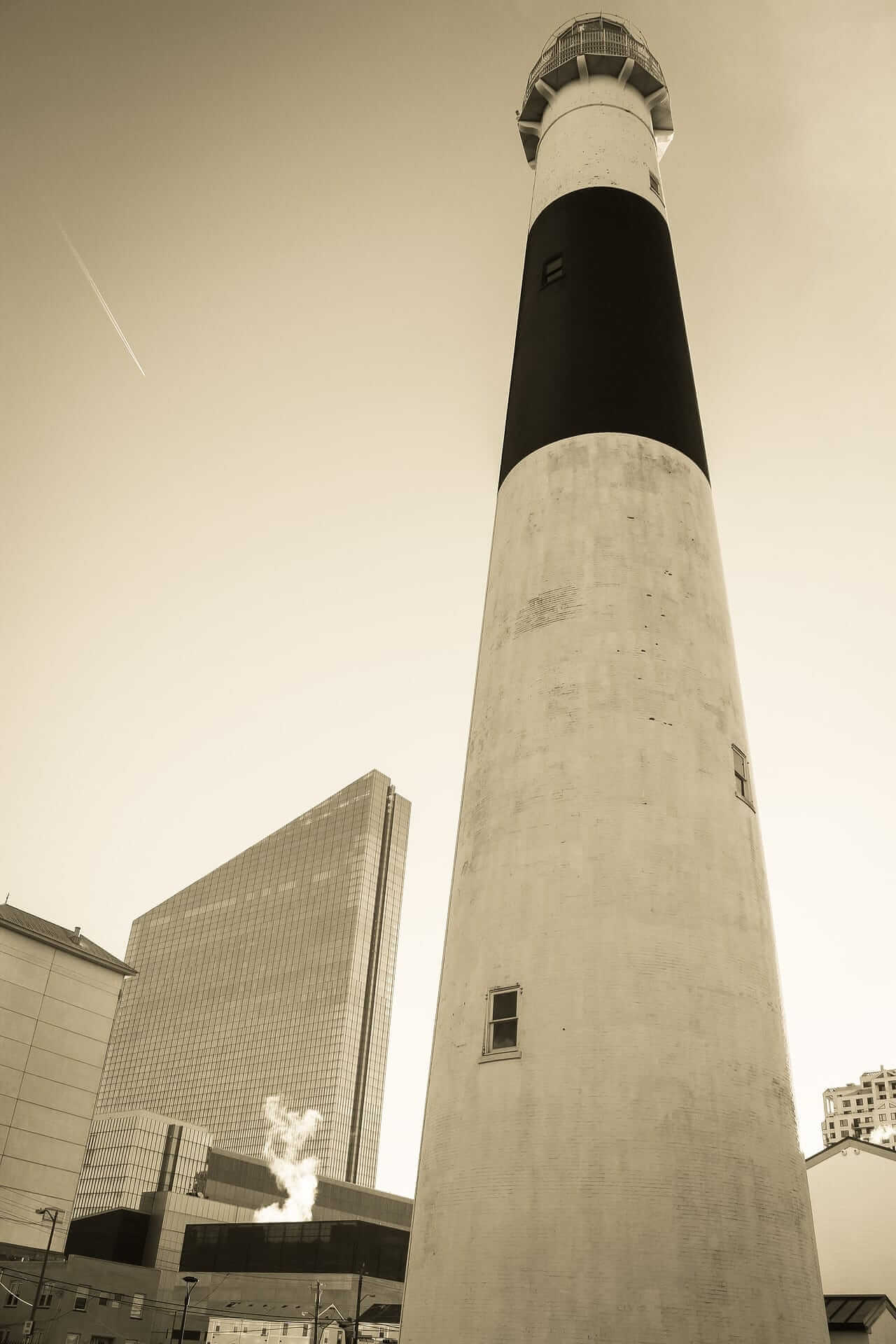 This is followed by the historic Absecon lighthouse, at the end of the four-mile-long promenade – kids love to explore the New Jersey’s tallest lighthouse. Climb the 230 odd steps to get breathtaking views of the Atlantic City.

The New Jersey Devils are an ice hockey team who now play at the Prudential Center in Newark, New Jersey. The team is sponsored by Unibet, one of the best mobile betting app in NJ, an agreement that didn’t just put logos on shirts – sports teams always benefit from a cash injection, and the new players who have joined the Devils in recent seasons have really given the team a boost.

This is a fantastic place to visit if you want to watch a fast paced, action-packed game of hockey… and maybe even place a sneaky bet, if the casinos are off the table!

One of the most popular tourist attractions in the whole of the state of New Jersey, this venue hosts two of the best places to enjoy some family fun you will find on your trip. The Casino Pier has dozens of funfair rides, especially suitable for younger children (although there is plenty for older kids to do as well).

Keep walking and you’ll find an area devoted to classic funfair games – throw darts at balloons or try your luck shooting hoops and maybe you’ll walk away with a souvenir or two of your trips!

Need to cool off after all the funfair action? You’ve come to the right place. The water park at Breakwater Beach has an enormous wave pool, which is sure to amaze and delight older kids and adult. Huge water slides such as the 50-foot Aqua Drop combines huge thrills with a massive splash. Your younger kids can safely enjoy other attractions such as the Perfect Storm or Nantucket Basket in the meantime. You’ll wish you had longer to spend here, no matter how much time you devote to it!

Our final attraction on this list, this historic New Jersey tourist attraction will interest children of all ages, whilst the historical angle is sure to capture the imagination of the adults in your group. Various exhibits detail the long history of the battleship and the wars in which it fought.

You can even take a seat in the Admiral’s chair, if you wish, or climb on deck to investigate the huge gun turrets, where staff will happily show you how the guns worked, with a full demonstration of the projectile loading area Unfortunately, the cannons have been deactivated today, so you won’t get to see them fire – huge firework displays are often held on the boardwalk late at night if you fancy seeing some loud explosions, however!

We recommended taking up a guided tour of the ship if you have the time or stick to the self-guided experience if you just want to have a quick wander. This is another attraction where you could easily spend an entire day, if you wished. 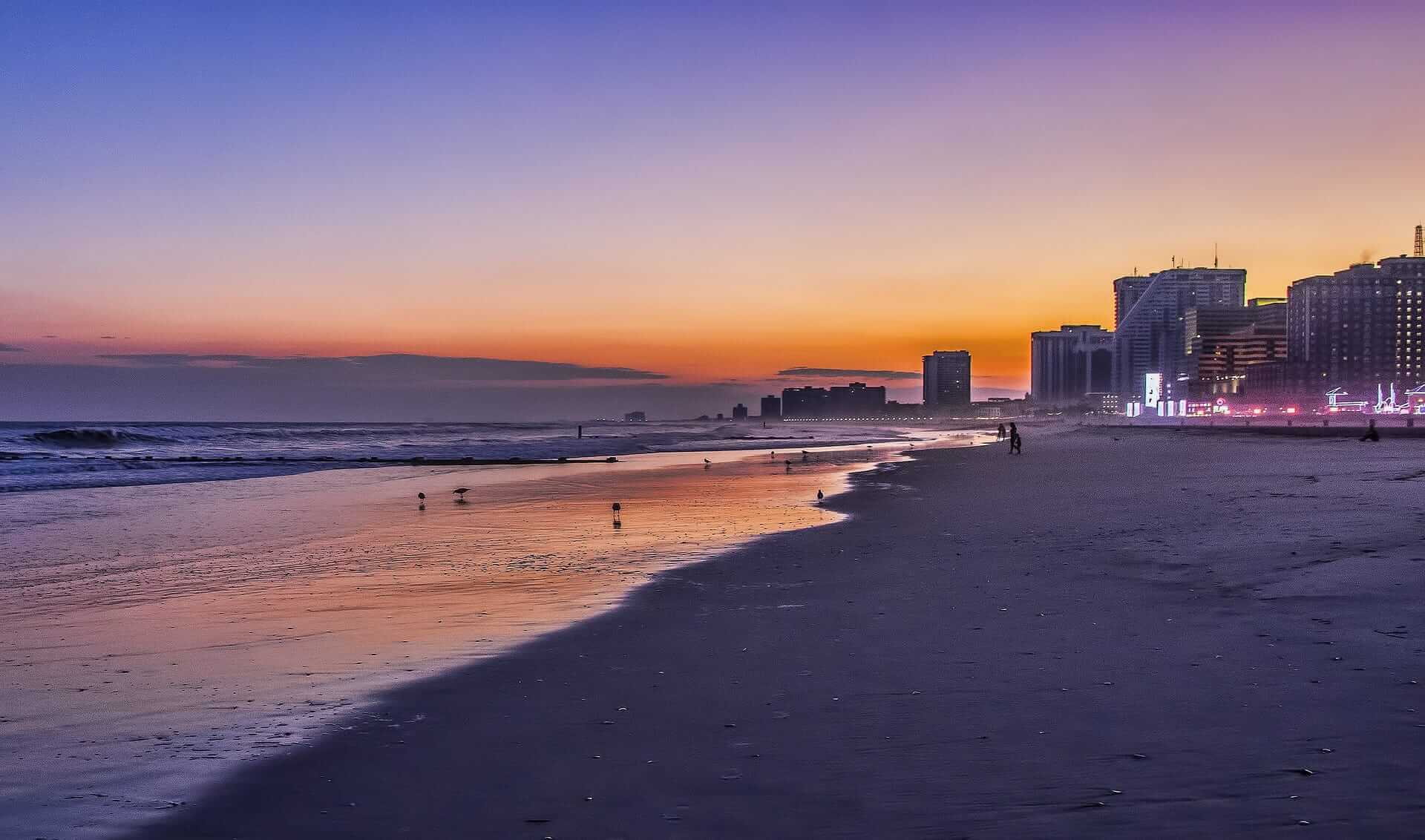 Atlantic City has a lot to offer, and Boardwalk is one of the best there. There is something for everybody and the Boardwalk keeps everybody engaged and excited. Optimum season is summers, which assures great memories of everybody.

Travel Essentials for a Philippines Vacay