Home » India » Boat Races in Kerala – How, what and where?

God’s own country, Kerala is a land of diverse culture and rich heritage. The dotted coconut and palm trees, the shikaris, and the boathouses everything about this land is special. Traveling to Kerala can be quite an enthralling one because of the vivid experience that one gets. Kerala’s art form, like Theyyam, Mudiyettu, Kathakali, Mohiniyattam, and Kalaripayattu, can leave you in a state of awe.

Known locally as Vallam Kalli, Kerala is famous for its spectacular boat races wherein, the oarsmen actively paddle their war canoes, singing songs of the land in magnificence.The boat race in Kerala falls under the backwater festivals and is celebrated with great enthusiasm and attract a global audience because of the charm it carries. All the locals in their traditional attire sing along the glorious past and the present of Kuttanad as they row their boats.

History of the Snake Boat race
According to legends, one of the famous kings of Alappuzha fought and won many battles through the canals using his boat. During one of the battles, the king had to lose his boat because of which he incurred huge losses. The king happened to summon the expert boat designer to help him with a boat that is not just strong but, that can help him wage wars without any fear. As per the king’s instructions, the expert came up with one of the best designs, ‘Snake boat.’ Well, this story has a history of 400 years, and the boats designed then are now widely used today for sporting purposes.

1) Nehru Boat Race
When: August or September
Where: Punnamada Lake

Alappuzha, popularly known as Alleppey, is the hub for the most famous Nehru Boat race. Regarded as one of the best boat races of Kerala, Nehru boat race involves thousands of participants.
It is unlike the other boat races, the locals’ practice to take part in this competition, during which the entire town of Alappuzha will be lit. Along with the boat races, there are a lot of other water festivals that come to life. The locals’ shower praising to the land that they are living by narrating tales of Alleppey.

2) Payippad Boat Race
When: August and September
Where: Payippad River

Another boat race of Kerala that everyone should take part in at least once in their lifetime. Known for its spectacular boats and experienced oarsmen, the Payippad Boat race happens every year on the effervescent Payippad River. Watching those boats and the participants adorned colorfully can be a sight to behold. If you are in Kerala during Onam, attending this boat race can be a delightful experience.

The sight of the boats moving along the River Pamba flawlessly will certainly light up your face instantly. This is one of the oldest boat races amongst the others and is celebrated with great fervor and gaiety. This boat race is associated with the Ambalappuzha Sree Krishna temple and has a great history attached to it.

Listening to the traditional boat songs and watching the boats swaying in competition at the Uthradom Thirunal Pampa Boat Race can be a splendid sight. One can get to witness the true beauty of Kerala when you are here, the locals’ cheering for the oarsmen, and this is one such event that attracts thousands of tourists. The exuberant vanjipattu sung rhythmically with the boats making noise as they splash pearls of water on your faces can be an amazing experience.

This is yet another oldest boat race held in a place called Aranmula situated in the district of Pathanamthitta. People wait at the banks of the river Pampa to witness the gusto of the oarsmen. The traditional songs with matching attire make the event even more special.

Unlike the other boat races, this boat race in Aranmula is conducted to celebrate the birthday of the great warrior of Mahabharata, Arjuna. Hence, this is more of a ritual than a race; nevertheless, it attracts massive crowds across the world.

For all those who can’t make it to Onam for Kerala to take part in the grandest boat race affairs, here is your last chance! The Kallada Boat Race takes place after 28 days of Onam celebrations. Hence, if you want to avoid too much crowd and watch the traditional boat race of Kerala and capture some beautiful pictures of the locals in their mundu (the loincloth dress) and turbans, then the Kallada Boat Race is the best one.

Apart from these, there are several other boat races that happen during the time of Onam in Kerala. You can plan your trip accordingly and be a part of this grandeur.

Also, most of the boat races are done during Onam, and this shows how the land embraces the Mother Earth and show their gratitude towards her for giving them the best harvest for the year.

Food to try
Kerala is a paradise for sea-food lovers with a wide variety of seafood restaurants that must be tried. Since all these boat races happen during the time of Onam, it is mandatory to taste the Onam Sadya. A full-fledged meal served on plantain leaves.

Kerala Style Prawn Curry, Fishes, cooked in pure coconut oil with curry leaves, different kinds of stew served with steamed rice are some of the other food items that you must eat. Kerala food is highly influenced by the Arabians, the Persians, and the Mughals; hence, one can binge on wide varieties of food in Kerala.

Women safety in Kerala
Kerala is one of the safest places for women; however, a few things, as mentioned below, can come handy to you when you are planning for a visit during the boat race.

Traveling with kids
When you are traveling to events like these with kids, you might have to take more precautions than necessary. Kids are completely unpredictable; hence, you need to be cognizant of ensuring their safety.

We have listed everything that one needs to know about the boat race in Kerala. So, now don’t you think you must not waste more time anymore? Just pack your bags and zoom to experience the warmth and the richness of Kerala! 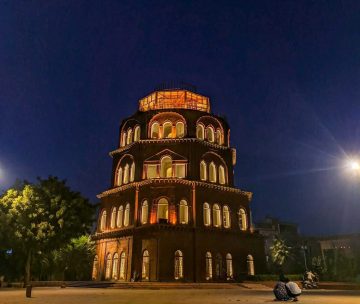