Every time I tell someone about Lisbon the first thing I mention is how pretty the city is. The cobblestones, the pastel color buildings, and the old trams going around Lisbon make it particularly cute. The second thing I mention is how much it smelled like cigar. In general, I think people in Europe smoke way more than in my country, Mexico. It’s a smell that’s everywhere (if you live there, maybe you don’t notice) but in Lisbon, the smell is way more present than in any other place I’ve been to. If I happen to smell some cigar, Lisbon comes quickly to my mind.

Why do smells leave such a mark?

Smells are very closely linked to our memories. Basically, the whole process is you smell, the olfactory neurons in your nose send a signal to your olfactory bulb (that’s a part of your brain), and the olfactory bulb processes the information. After that, the information goes to the limbic system. If you’re like… and so what? Well, the limbic system controls your behavior, moods, memories, AND emotions. That’s why maybe you smell a perfume and it makes you remember your first girlfriend (and maybe, your first heartbreak).

The same happens with the smell of a country or city. I remember a lot of smells that bring back memories of cities: maracuyá smell reminds me of Lima, humidity to my dad’s hometown, cow smell to my hometown (which I realized after being away for some months and the question has to be asked: DO I SMELL LIKE COW, TOO?).

Paying attention to smells brings a whole new level to the way we can experience places and countries. The smell of a country or place can make a big mark on our experiences. Not a lot of people pay attention to this, do you? Sometimes, when I tell people about the smells in places they’re like: uhm, it just smelled like a city?

But lucky me, I stumbled across a Reddit thread that was specifically about that. I spent a lot of time reading all of the information there. I have been in some of the places they mention but I also found super interesting how different the smells can be from place to place. Here’s what I discovered.

1) The metro smells the same everywhere

I had already had this conversation with my boyfriend. Besides the metro working exactly the same way everywhere (except in Prague where I didn’t find helpful signs), the smell is almost the same. It doesn’t matter if it’s Budapest, Mexico City or Madrid… when the metro is coming and you feel that air, you can also smell a mix between metal, people, dust. I don’t even know how to describe it, but it’s the same everywhere. Have you noticed it?

2) Sadly, pollution is one of the most remembered smells

Unless you’re going to places that are more about nature and being far away from cities, the smell of contamination is everywhere (in some places more than others but still…). Just last day I was reading that air pollution in Delhi was so off the charts last week that they declared a public health emergency. Even flights were canceled! People had to wear masks to go outside, but it was recommended for everyone to stay inside. So yeah, I guess the smell was also pretty awful.

Transportation is also a big source of pollution and it’s not surprising that places like Vietnam or France smell like diesel fumes.

Is that a requirement to be a big city? The first common example everybody mentions is Paris. Yes, Paris can smell delicious if you walk by a bakery but what about the rest? What about some parks? They smell like piss (some even call it Eau de Paris, wow). But that’s not the only city mentioned if you’re talking about piss. Is it weird I’m writing piss a lot?

San Francisco, Berlin, San Diego, Dublin, New York, Naples… all of these are mentioned on the list. Of course, not everywhere in these cities smells like piss but if I remember something about Naples, it’s precisely that.

I’m sorry I’m just talking about awful smells, but I promise this post ends with better ones, you’ll have to keep reading (ha!).

First, here’s a new word for you: leachate. This is a word that has a smell. Leachate is the liquid that comes from the garbage once it’s decomposing. That liquid that sometimes drips from the garbage bags if they have small holes. It doesn’t matter what you’re throwing away, leachate almost always smells the same, that’s why garbage everywhere almost always smells the same.

A lot of cities smell like leachate, especially during hot seasons. And it’s terrible! The first time a cousin went to New York, the first thing she told me was that once she got out of the airport, the thing she noticed was how badly it smelled like garbage and leachate (we didn’t know that word at the time haha). Vietnam and Mumbai also smell like this from time to time.

Mumbai also has another special smell: sewage. When it’s the raining season it gets worse! Travelers have also reported that cities like Barcelona, Myanmar, and Mexico City smell like sewage. Mexico City smells like everything terrible, apparently.

And, talking about something worse, places like Sudan and Tanzania smell like burning garbage or plastic. It’s sad that the smell of a country or city would be that one.

5) If it smells like cigarette, then you’re in one of these places 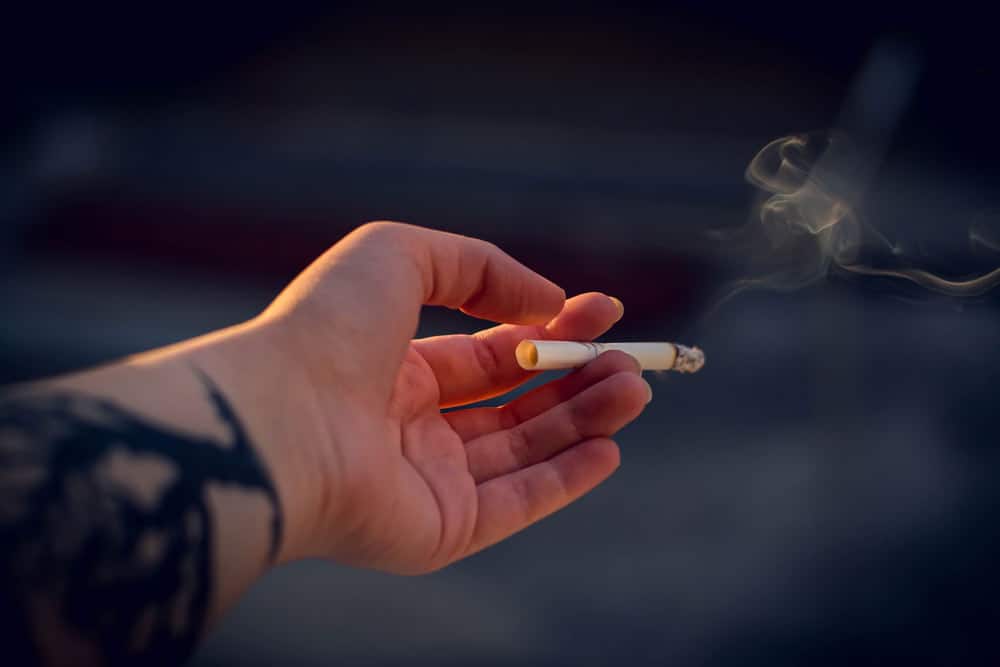 Around 1 billion people smoke in the world, that’s like 20% of the world’s population. A LOT. From those who smoke, 60% live in 10 countries and guess which of those countries has the most smokers… it’s China! So it’s no surprise that China smells like cigarette smoke. Indonesia also smells like that, but with a mix of cloves because they smoke kretek cigarettes.

There are other places that smell a bit like cigarette… but in kind of a different way. Some places in Myanmar smell like chewed betel nut, the fruit of the areca palm, that grows precisely in those parts of the planet. People in Myanmar chew it like tobacco.

But enough of gross-ish smells because…

6) Some places still smell nice despite us horrible humans

Ok, so if you’ve ever gone to Iceland, you know that once you get off the plane you immediately smell the pure air there (among other smells, but more on that later). Costa Rica is also famous for its fresh air, it smells like trees, and a bit like humidity but in a good way, not the way a closet closed for too long smells.

Petrichor is the name of the smell of rain… or how the soil smells after it has rained. I don’t know anybody that doesn’t like the smell of petrichor, it’s a super popular one! For all of you that also love it go to Ireland or Scotland, you’ll fall in love with the countries just because of their smell.

7) Do you like flower smell? Go to these places 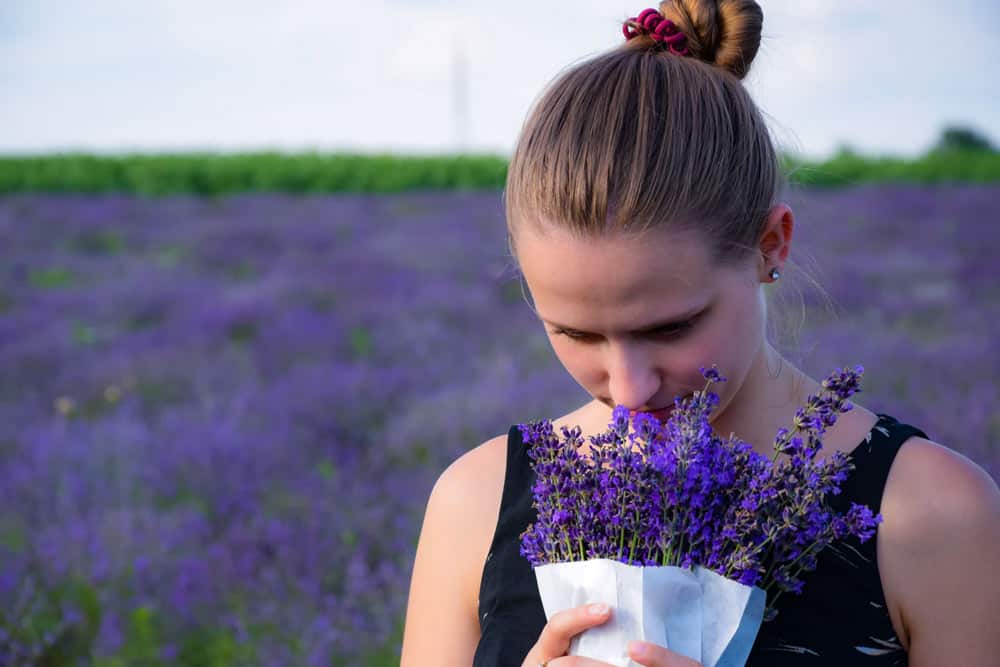 For a nice change, I’m gonna write about flowers. Imagine getting off the plane and flowers being the first thing you smell! What a treat, no? Go to Hawaii if you want that nice scent of plumeria everywhere. And speaking of islands, Capri smells like jasmine.

Now, I happen to love the smell of lavender. I especially love it when a house has lavender outside, I feel immediately happy! That’s the reason when I arrived in Tihany in Hungary, my heart started jumping. Turns out Croatia also smells like lavender… just like the French countryside is also full of lavender. If you love lavender too, add these places to your next trips.

And, if you thought I’d never mention the Netherlands when speaking about flowers, you’re wrong! You’ll never forget the smell of hyacinths in the way to the Keukenhof. 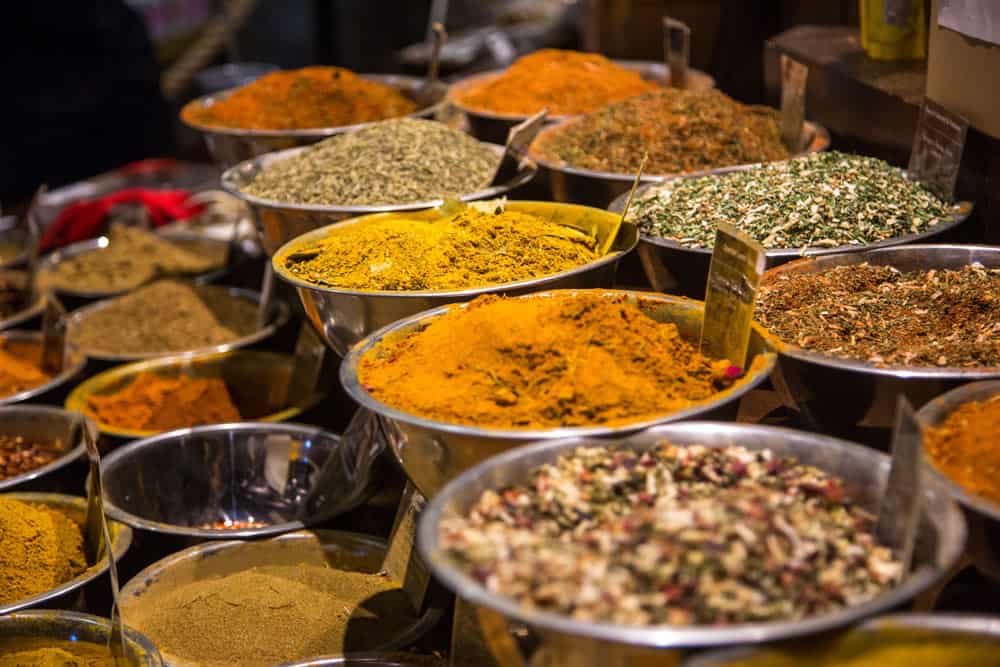 Obviously, food is a great way to discover a place. I remember a friend telling me that Korea smelled like garlic since it’s heavily used in their cuisine. I wish I knew how Mexico smells (I live in Mexico)… probably like fried food, like Brussels or Amsterdam.

If the cuisine of the place is spicy, the place will probably smell like that. Indonesia is one of those places. But also, there’s a special smell of a place where a lot of spices are present. Zanzibar or Morocco have this special -awesome- smell. Another place that smells like spices, but not in the same way as the ones mentioned before is Tuscany. You’ll smell all the aromatic spices that make Italian cuisine so unique: oregano, thyme, and rosemary. My mouth just watered writing that. Can someone send me a pizza?

Going to more tropical places, there’s a bigger chance that cuisine will be fishy. People say Vietnam, for example, smells like fish sauce… the same as Thailand (or that Japan smells salty). Oh, and are you craving a more tropical smell? Go to Bali that has a special smell of coconuts and pineapple (for real!), that’s unique to Bali, but also, it smells a lot like sandalwood.

In Mexico, it’s said that if a place smells like sulfur it’s because the Devil is around. You might not be familiar with the smell of sulfur but it’s as if you had a bag of rotten eggs in your hands. It’s not terrible but it’s also not that nice. Many places that have hot springs smell like this, this is because in some places the hot water comes from boreholes that have a lot of sulfur. Some famous baths in Budapest and other cities of Europe also smell a bit like sulfur, it’s because of that.

Something people always mention about Iceland is that it smells like sulfur… they’re right. If you take a hot shower, you’ll smell that particular, well… smell. But not only Iceland smells like that, but some parts of New Zealand do also.

10) Wait, what’s that funny smell that makes me feel funny?

Is there a smell of a country or place that brings back memories to you? Tell me in the comments!