Home » Destination Guides » 10 places to ring in the New Year

With the coming of New Year 2020, each one of us will have an opportunity for a fresh start- a clean slate.

So as you set about to make new beginnings and New years resolutions, plan that perfect New Years’ party, anticipate the treasured midnight kiss or watch the ball drop at New Years’ Eve, we have something to contribute to your fun list.

In the following lowdown, we bring out some of the best places around the globe to celebrate the New Year 2020

At these places, you can party your heart away or immerse yourself in some serene quiet away from the hullabaloo. Whatever you choose to do, rest assured, you will be welcoming the New year with a bang, guaranteed! Enjoy! Happy Travels!

Kiwis are among the first to ring in the New year in the world, so of course, they take the celebrations seriously. The jubilant ambiance in the island country is hard to beat. 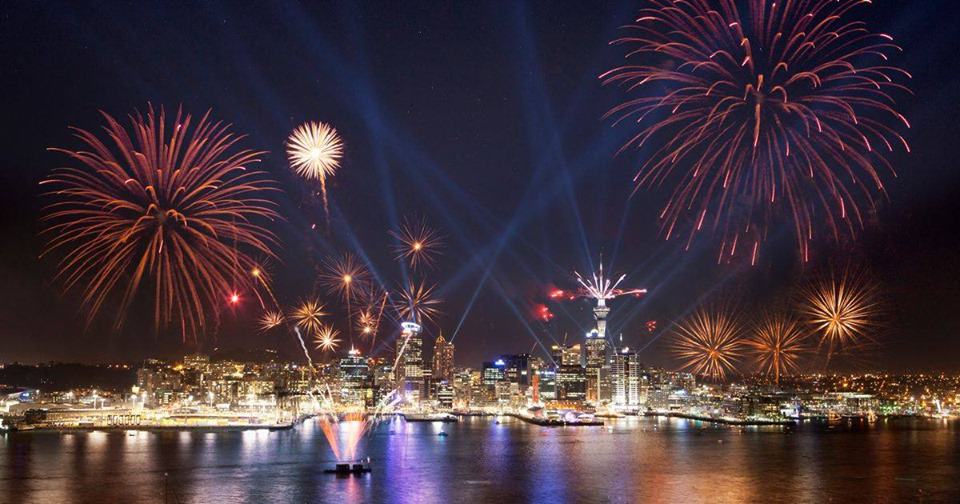 Alternatively at Gisborne, you can witness the world’s first sunrise for the New Year on the mainland. Or check out Rhythm and Vines, the award-winning popular fest for New Years’ in Gisborne.

Sydney is the first major international city to usher in the New Year. Head over to Sydney Harbor Bridge is the best place to visit for all the revelries of the New Year. 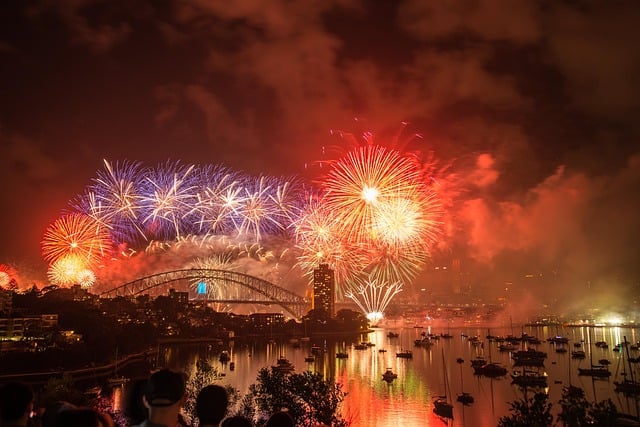 There are stunning water and air shows at display along with some spectacular fireworks. Several fun events are organized at Taronga Zoo for kids.

From the harbourside to the dancefloor, there’s plenty on offer for New Year’s Eve in Sydney. So ultimate year-end fun is guaranteed here.

Hosting one of the largest world’s largest New Year parties with more than two million people on its iconic Copacabana beach, Rio is truly the place to be for the New Years’ eve. 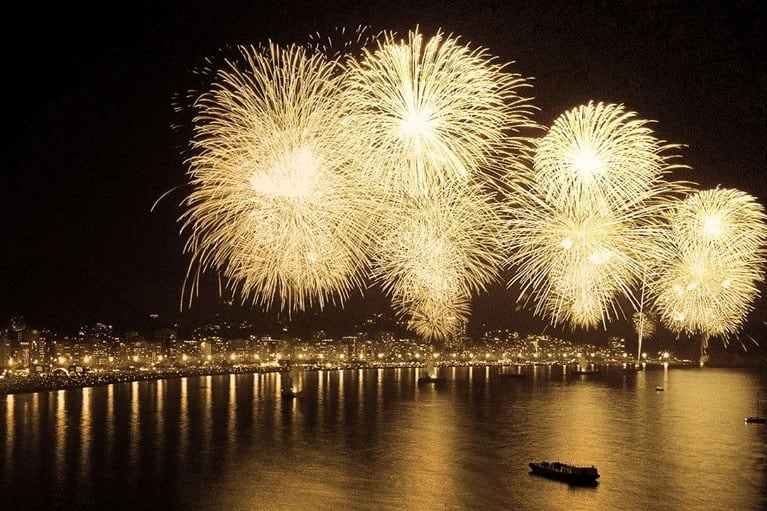 The Belmond Copacabana Palace is also scheduled to host the city’s most popular New Years’ eve party that will simultaneously take place in different venues inside the hotel. You can also have a privileged view of the famous fireworks from the hotel’s balcony.

If you want to have the taste of one of the brightest, wildest and craziest revelries of the occasion, head over to Las Vegas. Here you can enjoy the finest drinking, dining, and dancing in the Entertainment Capital of the World with 300,000 fellow souls.

The entire Strip is shut down to traffic and it becomes like one giant block party on New Years’ eve. At midnight, the casinos launch a choreographed fireworks display that is unlike any other you have witnessed. 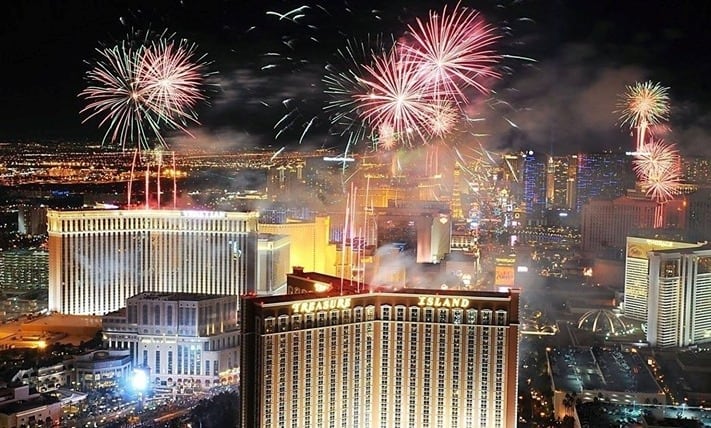 Almost every other hotel around the corner hosts an event or a show for the occasion. Night clubs are packed with celebrities and partygoers.

You can check out these party hangouts for the celebrations- New Years’ eve Tower parties at the Strat, Ron Decar’s Event Centre, Hard Rock Café New Year’s eve or head over to Las Vegas Boulevard and the Fremont Street experience if you aren’t a fan of crowds.

Bangkok is counted among Asia’s best nightlife cities and of course, it doesn’t disappoint with its New Year celebrations. Hippy, zany revelries take place at Central World Square where people throng in hundreds of thousands.

As the midnight strikes series of fireworks illuminate the riverside, following which, the party continues at the many nightclubs and bars lining the streets. 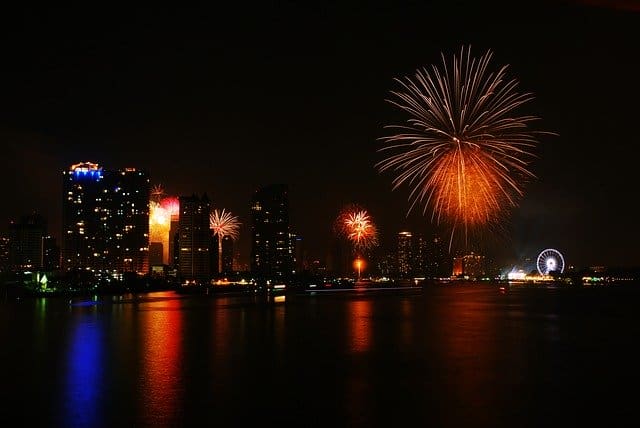 Another famed gathering spot for celebrations is the Asiatique shopping and entertainment area along the Chao Phraya River.

Alternatively, you can also head over to Koh Phangan island of Thailand for the world’s most famous full-moon party, revolving around Sunrise Beach in Haad Rin. The Full Moon Party is an all-night beach party. It takes place Haad Rin on the island of Ko Pha-ngan, Thailand on the night of, before or after every full moon.

Berlin hosts one of Europe’s largest outdoor New year’s celebrations. The massive open-air party takes place between the Brandenburg Gate and the Victory Column. About a million people gather along the event’s 1.6-mile stretch.

The jubilant scene doesn’t die down until well after 3 am. Live music, DJs, laser shows, magic shows, booze, delicacies, and splendid fireworks are all featured here. 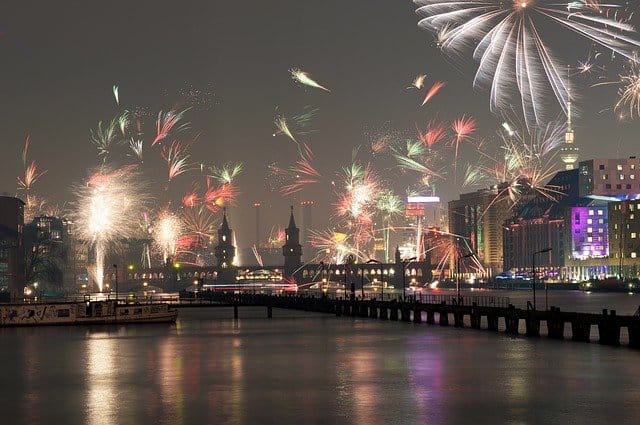 Don’t miss the dance party at the three-storied Berlin TV Tower, if here. Berlin is also dotted with world-class clubs and a vibrant night-life so you would definitely make most of your revelry.

If you thought Danes are an eternally reserved and retrained lot; Well..you are wrong! Come New Years’ eve and they throw a no-holds-barred kind of colorful chaotic cacophony like no other.

At the iconic Tivoli Gardens, New Year’s Fireworks begin at 23:00. Its restaurants are all serving New Year’s dinners; the roller coasters remain open. 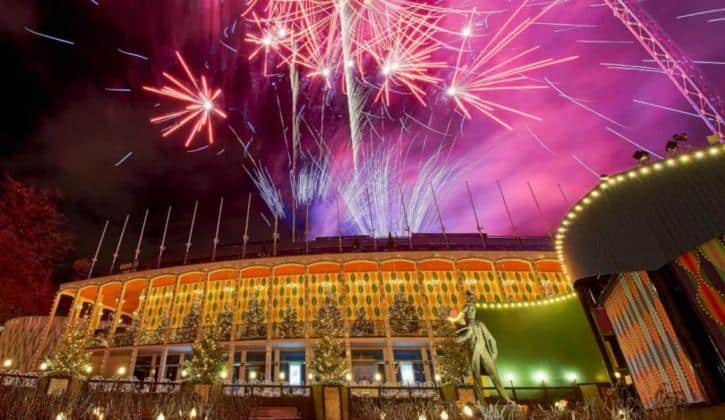 As the clock strikes 12, people gather on the Town Hall Square, to hear the clock tower chime in the New Year.

Another popular gathering spot is the bridge across the lakes to Nørrebro, Queen Louise’s Bridge. It’s not uncommon to see Danes standing on chairs and jumping off them just as the clock strikes midnight (supposed to bring good luck and fortune in the year to come).

At many of the night clubs in Copenhagen, the New Year’s party continues far into the night. Make sure to dig into the kransekage, the delicious traditional Danish cake served at New Years’.

Cape Town is one of the most beautiful cities in South Africa surrounded by the Table Mountains and the Atlantic shore. So the New Year’s festivities and fireworks make it all the more spectacular. 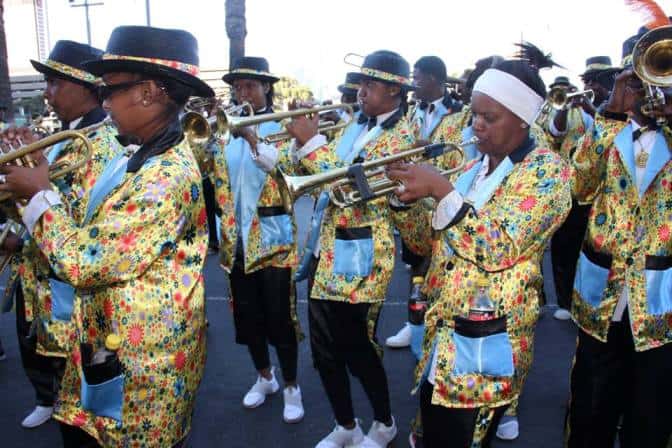 At Victoria Falls New Year’s Carnival, you will find a carnival-themed train and live music. Picnicking at sunset on Clifton 4th Beach or heading over to one of the city’s many glam beach clubs are also good choices.

As New Years’ Day event and the day after, the Cape Town Minstrel Carnival parades through downtown with 10,000 performers dancing and singing in the streets.

The capital city of Iceland rings in the New Year in style. Revelries ramp up long before the countdown, with community bonfires kicking off all over town from dusk.

Community bonfires are a traditional New Year’s Eve event throughout Iceland, a chance for friends, families, and neighbors to gather, reflect on the year behind them and spread their good wishes for the year ahead.

Though the Reykjavík’s New Year’s Eve fireworks extravaganza is not pre-coordinated and choreographed, it’s a free-for-all. Still, the show is unlike anything you have ever experienced or you will experience elsewhere. Children and adults of all ages set off fireworks.

What is special about these fireworks (called stjörnuljós) is that they are sourced from ICE-SAR (Icelandic Search and Rescue teams) who count on the sale of fireworks as their primary source of fundraising. So make sure you buy some, if here.

Concerts and shows are organized at Rekyavjik City Theatre and Nordic House.

From Perlan witness amazing panoramic views of the city lit up in decorations. You can also party the night away at the city’s various bars and nightclubs after midnight.

Of course Times Square, Manhattan is the quintessential New Years’ place to be. It had to be among our best New Year celebrations! And if you have watched the ball drop once too often, we suggest you rev up the scene a bit and swap Manhattan for Brooklyn.

Head to Grand Army Plaza, just off Prospect Park for fireworks and live music. Have fun of your life at Resorts World Casino NYE party (the only casino in city limits), you might as well try your luck here. 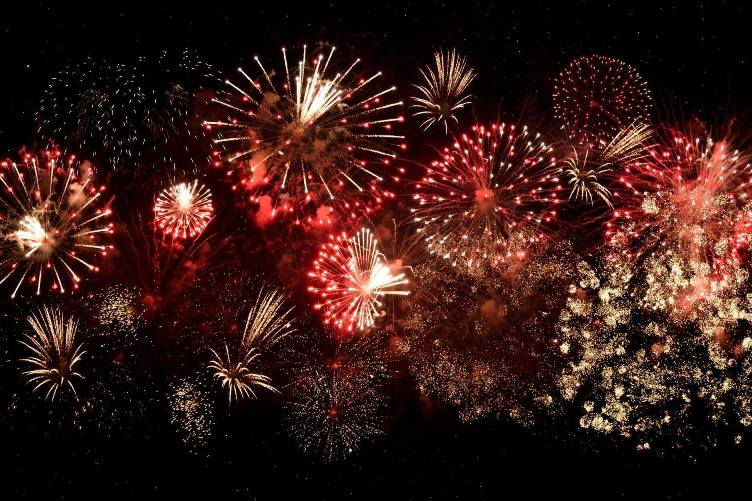 Or groove the night at House of Yes, New year eve’s brewery bash and the likes. Whatever you choose to do, there’s no dearth of fun activities to indulge in the Big Apple.

So at which of these best New Year celebrations you plan to celebrate the New Year’s in? Do let us know your views in the comments below:)